Our team is experienced in cable/video, broadband, regulatory and local rights-of-way issues, including substantial experience with Michigan’s METRO Act governing the use of public rights-of-way by telecommunications providers, as well as cable franchising and related issues, both within states and nationally.

We have a significant cell tower practice, representing property owners across the country on cell tower leases, including initial leases, renewals and extensions and, in particular, the sale of more than 70 cell tower leases and future leasing rights.

Our firm has a large municipal practice. We are municipal counsel for several cities and townships and provide specialized legal services to many other municipalities. As a result, the firm is knowledgeable about municipalities, how they work and their cost constraints. We bring this experience when working with municipalities on cable matters. For many years, members of the firm have been on the governing council of (and chaired) the Municipal Lawyers Section of the State Bar of Michigan. A member of the firm was chairman of the Legal Section of the American Public Power Association. The firm is also active in the International Municipal Lawyers Association and the National Association of Telecommunications Officers & Advisors.

Cable systems are often transferred or sold, or the cable company itself is sold. When this happens, municipalities can often obtain significant benefits for themselves and their residents by making sure that prior to the sale current problems are corrected and that there are adequate assurances that the municipality and its residents will be no worse off after the sale than before. Usually this can be done at no cost to the municipality because the cable companies reimburse all costs. There is a significant risk of lost rights if municipalities fail to take action on proposed transfers.

Many cable franchises are transferred as part of a long-term consolidation of cable companies in the U.S., combined with the larger companies selling off systems (often in smaller communities) that are not a “good fit” with their operations.

Other transfers occur as cable companies “swap” systems so that only one cable company will serve an entire metropolitan area. This provides some efficiencies, but it also removes the ability to compare one cable company in an area against another that is literally across the street.

Some of the transfers are sales of the franchise – an asset sale where the company legally franchised to serve an area changes. Others are changes in control – the local cable company does not change, but through sales of stock or otherwise the entity controlling it changes. In either case, for practical purposes the cable company changes hands, and often personnel and operations may change, too.

A municipality has the right to review, approve, condition or reject a transfer if its cable franchise so provides. Typically a municipality can request a wide variety of information and impose a broad range of conditions to assure, for example, that it and its residents are no worse off after the transfer than before. Cable company claims that federal law limits municipal rights to obtain these protections are simply incorrect and have been rejected by the courts.

We have represented approximately 100 municipalities in connection with transfers or changes in control of their cable systems, including when a cable system is sold to a different company. Among the items we have addressed in the transfer process are:

Risk of Loss of Rights

There is a significant risk for municipalities in transfers. Cable companies contend that under the 1984 Cable Act in a transfer the “slate is wiped clean” as to any defaults by the prior cable company. Unless this contention is specifically negated as a part of a transfer, the municipality may find that it has lost significant rights and claims, such as claims for damages or underpayment of franchise fees. The risk is increased because under federal law the transfer is automatically deemed approved if a municipality does not act on a complete Form 394 within 120 days of receiving it,

The combination of “approval by lapse of time" and the cable company contention creates a risk that municipalities can easily lose rights in a transfer.

Cable franchises are the agreement or ordinance setting forth the terms on which a cable company is given permission to provide cable service in a municipality. By state and federal law, a cable company must have such a franchise to use the public rights of way for its lines and to provide service.

Why Hire a Cell Tower Attorney?

The short answer is to level the playing field. Cell companies negotiate tower leases every day. Companies that purchase leases and future leasing rights do so every day. Property owners, including municipalities, business owners, and even individuals, need someone equally experienced on their side so they do not leave money (sometimes lots of it) on the table and get stuck with poor terms for the entire 30 to 50 year life of a lease or sale of future leasing rights.

A cell tower attorney can help in several ways.

First, we help you decide whether to sell. A clear situation where this applies is if you're going to sell the property where the cell site is located. That is because the funds from the cell sale usually add dollar for dollar to the sales price of the underlying property. We can help identify situations where complications make a sale difficult or impossible.

Second, we help you get the best price and basic terms, usually by venturing out to bid to the companies that buy cell leases. We have done many RFP’s or bid requests that put your lease and location in a good light. We attach all the information that a bidder needs to put in a bid and contains key terms that you will want in the final sale documents. We also possess a list of likely bidders while you typically handle the actual bid process.

Third, we draft the documents to accomplish the sale, typically a 15-20 page easement plus an option or purchase agreement. These are complex documents yet standard drafts from purchasers are very one-sided and “make the tail wag the dog.” In other words, these standard drafts make the purchaser’s use of a small cell site the dominant use of all of your property, and your own use becomes secondary. This means that you are stuck if in the future their cell site is in your way.

We have represented clients on the sale of over 70 cell leases and future leasing rights to companies such as American Tower, Crown Castle, SBA Communications, Unison, Tri-Star Investors and Landmark Dividend. See our blog for more information on selling cell leases.

Here are few examples of how a cell tower attorney can help:

“Varnum attorneys are highly qualified and very reliable. I would recommend them to others without hesitation.”

Varnum attorneys have extensive experience in the telecommunications industry

We have assisted clients with establishing their own fiber networks and worked through the regulatory implications of owning broadband telecom facilities.

We have also assisted a court-appointed receiver in assuming control of an AM radio station, bringing it back into compliance with FCC regulations, addressing outstanding violations and negotiating down the penalties to see it through the process of sale to a new owner. We also assist clients in the transfer of ownership of various FCC licenses.

Our representation of broadcast media clients includes telecommunications work such as must-carry elections and the establishment of “211” services and related memoranda of understanding.

Our attorneys are routinely recognized for their excellence and ability to litigate, negotiate and advise clients by Top Lawyers, Best Lawyers, Chambers USA and more. 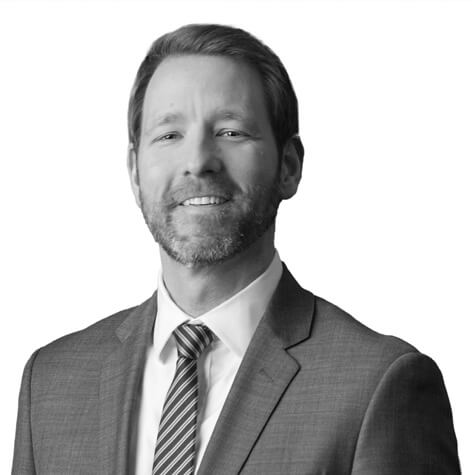 See All Professionals for This Service

For over a century, Varnum attorneys have served the business community with a full lineup of corporate services and specialties.

Whatever the nature of your company – publicly traded or privately held, multinational or local, corporation or sole proprietorship – our attorneys provide expert guidance. And whatever your business goals and legal needs, we have the skill and experience to help you manage them.

Varnum’s tax team unites the tax compliance, planning and litigation skills of one of Michigan’s oldest law firms with one of the Midwest’s premier tax boutique practices.

We are respected throughout the region for our ability to assist clients in all matters relating to federal and state tax audits, litigation and planning.