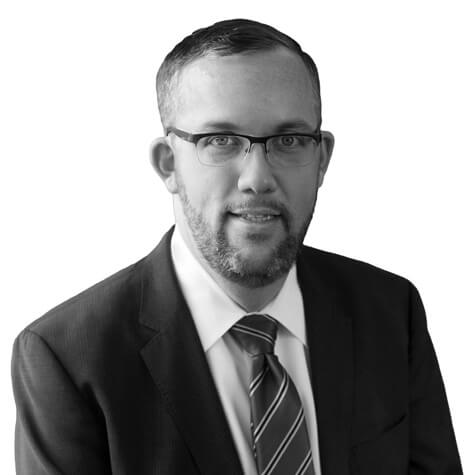 United States Court of Appeals for the Sixth Circuit

United States District Court for the Northern District of Illinois

United States District Court for the Eastern District of Michigan

United States District Court for the Western District of Michigan

United States District Court for the District of North Dakota

Brendan is a partner on Varnum’s Bankruptcy, Restructuring and Creditors’ Rights Team. His practice focuses on representing senior secured lenders, debtors, other creditors and other stakeholders in complex Chapter 11 restructurings, out-of-court workouts and insolvency-related transactions and litigation. Brendan has over 20 years of experience representing clients in insolvency-related matters across a wide array of industries including manufacturing, automotive, building supply and service, energy, oil and gas, health care, food service, gaming, hospitality, construction and real estate.

Brendan serves as outside commercial counsel for clients, advising them on commercial issues with customers, suppliers and other parties. Brendan also counsels buyers, sellers, lenders and other stakeholders in complex troubled company transactions, both out of court and in Section 363 bankruptcy sales. Brendan is also a senior Chapter 11 bankruptcy practitioner and litigator who has successfully represented clients in bench trials over issues including adequate protection, plan confirmation, valuation and other matters, as well as non-discharge ability actions, avoidance actions and other debtor-creditor matters in state and federal courts, including automotive tooling and construction lien litigation. He is a frequent writer and speaker on restructuring, workouts and bankruptcy topics.

Illustrative examples of Brendan’s work include serving as: debtor’s counsel in the successful Chapter 11 restructuring of Greektown Casino; plan sponsor’s counsel in the successful restructuring of University Physician Group; counsel to pre-petition agents and DIP lenders in several large automotive Chapter 11s; counsel to numerous sellers and buyers in out of court and in court distressed asset sales; and counsel to more than ten Chapter 11 official committees of unsecured creditors across the country.

In recognition of his achievements in bankruptcy and restructuring, Brendan is routinely honored as a top practitioner by publications including DBusiness© magazine, Best Lawyers in America® and Michigan Super Lawyers®. He is a board member and immediate past president of the Turnaround Management Association’s Detroit chapter and is a member of the American Bankruptcy Institute.

Beginning in 2017, representing critical vehicle component manufacturer in successful workout with secured lender and key OEM customers, in collaboration with a national turnaround advisory firm. The company went from negative EBITDA margin to greater than ten percent, eliminated $5 million of past due trade debt, paid off its senior lender revolver and is in compliance with all bank covenants. All OEM customers stayed with the company, after providing approximately $4 million of pricing and subordinated loans to the company, which were repaid in full.

Represented numerous residential and commercial real estate builders in the wake of the housing market bubble in the mid-2000s in workouts with secured lenders, including negotiating forbearance agreements, surrender agreements and distressed sales, successfully mitigating impact on guarantors and preserving value.

Represented a heavy truck supplier subsidiary in a successful distressed divestiture in 2022. The supplier was nearly out of liquidity and out of covenant with its lender, having drawn down almost its entire line of credit to fund losses due to unprofitable customer contracts. The subsidiary and parent were co-obligors of the debt, burdening the parent with potentially unsustainable debt. Together with a transactional team at Varnum, Brendan worked with a major restructuring financial advisory firm and investment bankers to negotiate an Accommodation Agreement with the supplier’s major customers and its lender. The customers unsuccessfully sought to burden the parent with the continued losses and force the sale of the subsidiary at a depressed price. The negotiated agreement instead required the customers to fund the company’s significant losses during an extended marketing and sale period that resulted in the sale of the subsidiary to a strategic competitor at an agreed upon strike price which the customers agreed to backstop. The end result was that the customers funded over $20 Million of accommodations to the supplier, and the sale price paid down substantially all of the debt incurred by the subsidiary, leaving the parent with a fair, sustainable level of debt.

Represented Fabco Holdings, Inc. in sale of product portfolio and related technologies to Meritor, recognized as the Restructuring Deal of the Year in the $25-50 million category at the 2018 Annual Turnaround Awards, providing insolvency-related counsel with respect to the negotiation of the purchase agreement and other transaction documents, employee benefit and union matters and financing-related items.

Represented private equity-owned lightweight paper printer and specialty finisher Dickinson Press and Kingsport Book in an expedited, highly distressed sale to book printing industry consolidator CJK Group in 2018. Working collaboratively with a turnaround advisor they brought into the situation, Varnum assembled a multidisciplinary team and negotiated and closed the complex APA in less than two weeks, preserving the majority of jobs at both companies.

In re Telesource Services, LLC (Bankr. E.D. Mi. 2015) (filed Chapter 11 case for telephone company with $5 million of secured and unsecured debt and an asset value of $4 million, successfully obtained priming DIP loan to make payroll after heavily contested evidentiary hearing; successfully represented the debtor in a Section 363 sale, preserving the going concern value and jobs, and confirming a Plan of Liquidation for the wind down and dissolution of the company)

In re S.D. Benner, L.L.C. (Bankr. W.D. Mi. 2011) (substituted in as debtor counsel on eve of motion to appoint Chapter 11 trustee; successfully defended against motion and successfully confirmed Plan of Reorganization for property companies with $21 million of secured debt and an asset value of $36 million)

In re Greektown Holdings, LLC, et al. (Bankr. E.D. Mich. 2008) (hotel and gaming) (after casino and hotel with $475 million of secured and unsecured debt and an asset value of $400 million was forced to file Chapter 11 to complete botched construction of permanent casino and hotel space, successfully represented debtors in heavily contested cash collateral, exclusivity and claim objection matters and Plan of Reorganization)

In re Clio Holding Company, et. al. (Bankr. Del. 2020) (national building supplier) (represented senior agent and lenders of $26 Million in pre-petition workout and subsequent Chapter 7 sales and liquidation, negotiating a cash collateral agreement with the Chapter 7 Trustee, overseeing the sale of the borrower’s operating assets in a series of going-concern sales and the collection of outstanding accounts receivable)

Receiverships and Other State and Federal Litigation Matters

Represented Tier 2 automotive supplier unable to negotiate pricing increases with key customers and forced by secured lender to close its doors and liquidate, paying off secured lender in full (2019)

Due to loss of key customers, represented family-owned trucking company in the wind down and liquidation of its rolling stock and related assets, paying employee-related and other priority claims (2017)

In re Inspired Concept, LLC (Bankr. E.D. Mi. 2020) (restaurants) (represent landlord of five open locations and a number of locations that were closed pre-petition in a 12-location restaurant reorganization case in Mid-Michigan)

In re Gissing North America LLC, et. al. (Bankr. E.D. Mi. 2022) (Tier 1 automotive supplier) (represented Angstrom Automotive Group in the turn-key acquisition of two manufacturing in Auburn, Maine, and Sidney, Ohio in highly-expedited two week process, negotiating the asset purchase agreement and concurrently arranging for the purchase of real estate in Maine while negotiating agreements and resolving objections with many of Gissing’s suppliers and customers with the major OEM customers)

Outside bankruptcy and workout counsel for large international building supply holding company and its subsidiaries.