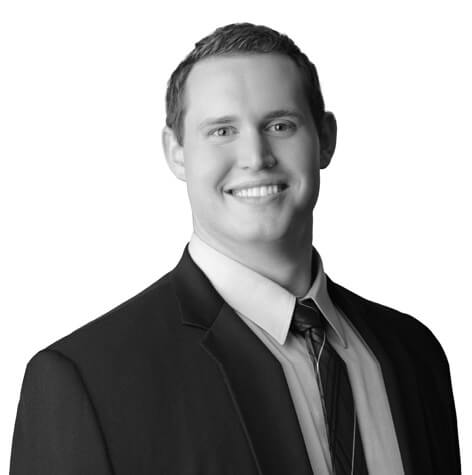 Setting the Record Straight on Recording Conversations: Is Michigan a “One-Party Consent” State?

An update to this article was published on October 4, 2021. Please see For the Record: Is There Still a Participant Exception to Michigan’s Eavesdropping Statute? for more information.

In the cellphone age, nearly everyone walks around with a multi-tasking recording device in their pocket or purse, and it comes in handy for many of our modern problems: Your dog suddenly started doing something adorable? Open your video app and start rolling. Need to share that epic burger you just ordered with your foodie friends? There’s an app for that. Want to remember the great plot twist you just thought of for that novel you’ve been working on? Record a voice memo.

Sometimes, though, the need arises to record more serious matters. Many people involved in lawsuits choose to record conversations with their phones, all in the name of preserving evidence that might be relevant in court. People involved in contentious divorce or child custody cases, for example, might try to record a hostile confrontation that occurred during a pickup for visitation. Conversely, others might be worried that an ex-spouse has secretly recorded a conversation and plans to use it against them out of context.

But while everyone has the power to record just about anything with a few swipes on their phone, do they have the legal right to do so? If not, what are the possible consequences? Can you even use recorded conversations in court? Consider these important questions before your press record.

Criminal Liability: Can you go to jail just for recording someone’s conversation?

The short answer: Yes. Under Michigan’s Eavesdropping law,[1] it is a felony punishable by up to two years and $2,000 to willfully use any device to eavesdrop on (meaning to overhear, record, amplify, or transmit) a conversation without the consent of all participants in that conversation.[2]It is also a felony for a person to “use or divulge” any information that they know was obtained through illegal eavesdropping.[3]

The bottom line is that if you use a device, like your cellphone, to record, overhear, amplify, or transmit a conversation that you are not a part of without the permission of all participants, you could face criminal consequences.

Civil Liability: If someone records your private conversation, can you file a lawsuit against them?

The short answer: Yes. The eavesdropping statute allows eavesdropping victims to bring a civil lawsuit against the perpetrator.[5] But the same distinction applies; you cannot sue someone for recording a conversation that they participated in.

Evidence and Admissibility: Can I use a recorded conversation in court?

Many people are familiar with the exclusionary rule that arises from the Fourth Amendment of the United States Constitution, which provides that if police officers obtain evidence as a result of an illegal search or seizure, then the prosecution is prohibited from using that evidence to support their case. This raises the question:

If a regular civilian obtains evidence by recording a conversation in violation of the eavesdropping statute, is that evidence automatically excluded from court proceedings?

The short answer: No. The exclusionary rule is specifically designed to curb the potentially oppressive power of the government in order to guarantee the protections of the Fourth Amendment, at the expense of excluding potentially valuable evidence from court proceedings. Since the Fourth Amendment only restricts government conduct, the exclusionary rule only applies to evidence obtained as a result of unconstitutional government action. As a result, even if a private citizen breaks the law and records your conversation, that recording is not automatically excluded from court.[6]

So does this mean you can use any recorded conversation in court whenever you want?

The short answer: No. Anything presented in court still needs to comply with the Rules of Evidence, and in many cases recorded conversations will not make the cut. A big reason is the hearsay rule, which says that out of court statements cannot be used to prove the truth of the matter asserted.[7] In other words, you can’t use a recording of your neighbor saying “I use my neighbor’s Wi-Fi” as evidence to prove that he was, in fact, using your Wi-Fi.

But there are many exceptions to the hearsay rule which might allow a recorded conversation into court. Salient among these exceptions is the rule that admissions of a party-opponent are not hearsay.[8] Consequently, if a man records his ex-wife’s conversation with her current husband, the hearsay rule will not prevent the man from using the recording of his ex-wife against her in a child custody case; the ex-wife is a “party-opponent” and her out-of-court statements are not considered hearsay.

Continuing this same example, note that the man’s actions would violate the eavesdropping statute (assuming he didn’t have permission to make the recording) because he was not a participant in the hypothetical conversation. But this violation would not keep the recording out of court. Nevertheless, if a prosecutor wanted to press charges, the man could be subject to criminal liability. And if the ex-wife was so inclined, she could file a civil lawsuit against the man and ask for an injunction and monetary damages.

Other Law: Is the eavesdropping statute the only law you need to worry about before recording all of your conversations?

The short answer: No, don’t hit record just yet. Even if you comply with the eavesdropping statute, there are still other potential pitfalls to be aware of. For instance, wiretapping laws govern the recording and interception of telephone calls and electronic communications, and carry criminal penalties. For inter-state phone calls, the laws of other states will come into play as well. And depending on the means you use to obtain a recording and what you do with the recording once you have it, you risk incurring civil liability for a variety of privacy torts, such as intrusion upon seclusion or public disclosure of private facts.

The safest route is to always get permission from everyone involved before recording a conversation or sharing a recorded conversation with anyone. If that’s not an option, consult with a lawyer who has had an opportunity to consider all of the facts involved in your case.